Having pulled together a couple of LCSWs and LMSWs who are interested in the future development of the Society, we gathered for a meeting at Sunset Park under a tree with plenty of personal and not social distance.  We reviewed a bit of the history of the society and began to discuss where to go from here.  It was largely a meeting of getting acquainted and developing enough structure to keep things moving.  Only a few definitive things were decided upon including: 1) a regular meeting schedule for the Board (next meeting Sunday the 28th 3pm again at Sunset Park, 2) that we are going to start holding regular meetings with whomever is interested to discuss clinical interests, issues and concerns starting on Tuesday June 16th from 7:00 to 8:15 pm again at Sunset Park (park at the 32nd St entrance, bring a chair and look under the trees for a circular group) 3) that until we can get more organized that I become acting president (and retain being treasurer) so there is some executive authority somewhere to push forward.  We are starting a section on the website for minutes of meetings which our astute secretary, Janne Knight has been taking.  Keep an eye on the website for future developments which should be coming on board regularly.  The current board members will be post their bios and pictures soon.  Please contact us with thoughts or concerns as they arise.  Lori Watsen has graciously agreed to begin managing the google email account so we should become more responsive shortly. ~Charles S Pohl, Acting President and Treasurer 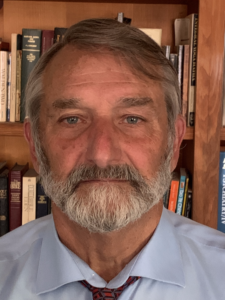 Charles S. Pohl LCSW,CGP has been in the mental health/substance use disorder field almost his entire adult life having his first undergraduate field placement in 1972 at a halfway house for patients being discharged from the Allentown State Hospital (PA) during the height of the deinstitutionalization movement.  He received his MSW from the University of Utah in 1981.  He has worked at a variety of outpatient and inpatient mental health settings and recently retired from the Boise VA Medical Center earlier this year after over 20 years of outpatient service including coordinating the MSW Intern Program and facilitating the psychiatric residency group program.  Charlie continues working part time with the residency and as a consultant from his home. 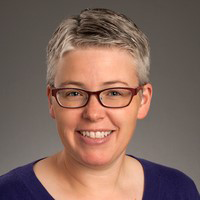 Lori Watsen is a Clinical Associate Professor in the School of Social Work at Boise State University where she teaches primarily social work practice and diversity courses. Lori received her MSW from Boise State in 2002. She worked for many years providing clinical and practical support for people with cancer and their families at Saint Alphonsus Cancer Care Center, St. Luke's Mountain States Tumor Institute, and at the Boise VA Medical Center. Lori is a registered Clinical Social Work supervisor. She is invested in supporting the professional growth and knowledge of social workers here in Idaho. 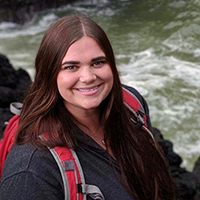 Makala Knutson, LMSW completed her undergraduate degree at Boise State University in 2013, and was awarded a Fulbright grant to conduct research in Eswatini (Sub-Saharan Africa) that fall. Her work focused on community-based centers providing care to vulnerable children and the experiences of the women who run them. She received her MSW from BSU in 2018, completing her internships at the Family Medicine Residency of Idaho (FMRI) and the Boise VA Medical Center in outpatient behavioral health. She returned to FMRI after graduating, where she works with culturally and linguistically-diverse clients from refugee backgrounds as a medical care manager, and as a therapist in the integrated health setting. She is excited for the opportunity to grow with other social workers in Idaho. 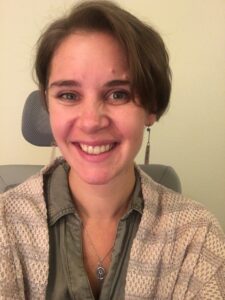 Rachael joined the board in 2020 and works as a clinician in the community. She holds a bachelor's degree from University of Massachusetts in Women, Gender, Sexuality Studies and completed her MSW at Boise State in 2015. Much of Rachael's career has been in the field of intimate partner violence and sexual violence, and she is passionate about issues related to gender and sexuality, having earned a certificate in Sex Therapy and Sex Education from the University of Michigan in 2020. Outside of clinical work, Rachael teaches as an adjunct in the Social Work department at Boise State and consults for local organizations on issues related to trauma and sexual health. Rachael spends lots of time snuggling with her three dogs, running in the mountains, and drinking tea.